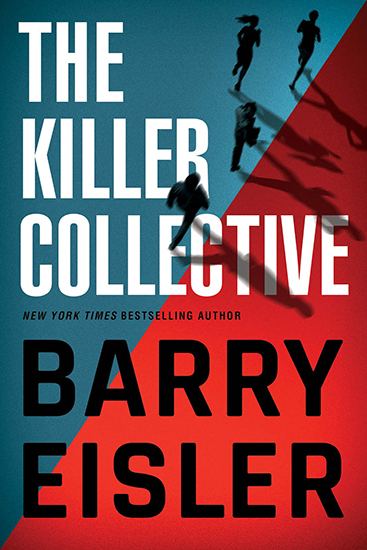 When a joint FBI—Seattle Police investigation of an international child pornography ring gets too close to certain powerful people, sex-crimes detective Livia Lone becomes the target of a hit that barely goes awry—a hit that had been offered to John Rain, a retired specialist in “natural causes.”

Suspecting the FBI itself was behind the attack, Livia reaches out to former Marine sniper Dox. Together, they assemble an ad hoc group to identify and neutralize the threat. There’s Rain. Rain’s estranged lover, Mossad agent and honeytrap specialist Delilah. And black ops soldiers Ben Treven and Daniel Larison, along with their former commander, SpecOps legend Colonel Scot “Hort” Horton.

Moving from Japan to Seattle to DC to Paris, the group fights a series of interlocking conspiracies, each edging closer and closer to the highest levels of the US government.

With uncertain loyalties, conflicting agendas, and smoldering romantic entanglements, these operators will have a hard time forming a team. But in a match as uneven as this one, a collective of killers might be even better.

“A crackling-good thriller…The feisty interplay among these killer elites is as irresistible as if one combined the Justice League with the Avengers, swapping out the superhero uniforms for cutting-edge weaponry and scintillating spycraft…Delightfully brutal fun.”
—Publishers Weekly, Starred Review
“Vicarious pleasure for anyone wanting to see the scum of the world get its due.”
—Kirkus Reviews
“Somewhere between John Wick and Jason Bourne, Rain is a force to be reckoned with…a smorgasbord of unique, compelling characters, and Eisler expertly juggles their personalities…a fun, fast-paced thriller that’s tailor-made for fans of nonstop action.”
—The Real Book Spy
“In the midst of explosions of all sorts, Eisler’s two unusual protagonists tangle with matters of the heart…The Killer Collective binds it together into a blazing adventure of espionage escape fiction, perfect to start the new year.”
—New York Journal of Books
“Eisler deals with vile crimes with fantastic police work, well-seasoned professionals, and his own considerable skill and talent as a writer. You will walk away stunned by this ‘Killer Collective.'”
—Suspense Magazine