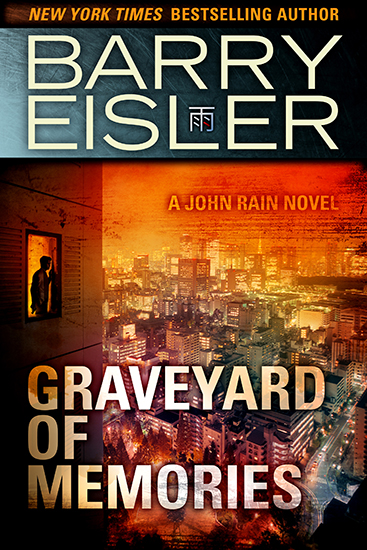 What makes a legendary assassin? For John Rain, it was the lessons of love, war, and betrayal he learned in Tokyo in 1972.

Fresh from the killing fields of Southeast Asia, Rain works as a bagman under the watchful eye of his CIA handler, delivering cash to corrupt elements of the Japanese government. But when a delivery goes violently wrong, Rain finds himself in the crosshairs of Japan’s most powerful yakuza clan. To survive, Rain strikes a desperate deal with his handler: take out a high-profile target in the Japanese government in exchange for the intel he needs to eliminate his would-be executioners.

As Rain plays cat and mouse with the yakuza and struggles to learn his new role as contract killer, he also becomes entangled with Sayaka, a tough, beautiful ethnic Korean woman confined to a wheelchair. But the demands of his dark work are at odds with the longings of his heart—and with Sayaka’s life in the balance, Rain will have to make a terrible choice.

Writing this sequence was a blast for me:

First, because it was an opportunity to get to know Rain before he became the cool professional we get to know later—while his reflexes are quick but his instincts and tactics still callow.

Second, because of the challenge of recreating the Tokyo of four decades ago. I always do a lot of onsite research for the books I write, but this time I was forced to do so only in those parts of the city that have changed little with time, and to supplement that research with books of old photographs and interviews with long-time Tokyo residents.

Third, because it was so satisfying to finally get to tie together all the fragments about his past that Rain hints at in the other books. For first-time readers, these fully developed fragments will make for a compelling story; for existing fans, the fragments will function as fun Easter eggs, too.

And finally, because I love the heroine of this story—Sayaka, an ethnic Korean girl, confined to a wheelchair, older than Rain and also tougher and savvier. One of the things Rain learns in the course of the book is the way being in the life endangers those around him. It’s not a lesson he learns willingly, and is one he accepts only at great cost.

“Eisler has a true talent for balancing bloody, movie-worthy violence with strong character development, and he does a fantastic job in laying the foundation of Rain’s early life, which clearly makes him into the man he becomes in later books.”
—It’s Either Sadness or Euphoria Blog
“Seriously, this book is insanely great—especially if you’re a Japanese-American like me who isn’t offended by a racial stereotype of stone-cold, martial-arts, samurai-assassin, 9.5-fingered yakuza Japanese people.”
—Guy Kawasaki, former chief evangelist of Apple