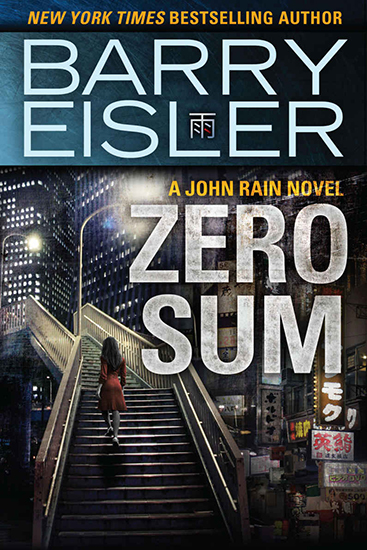 Returning to Tokyo in 1982 after a decade of mercenary work in the Philippines, a young John Rain learns that the killing business is now controlled by Victor, a half-Russian, half-Japanese sociopath who has ruthlessly eliminated all potential challengers. Victor gives Rain a choice: kill a government minister or die a grisly death. But the best route to the minister is through his gorgeous Italian wife, Maria, a route that puts Rain on a collision course not only with Victor but with the shadowy forces behind the Russian’s rise to dominance—and the longings of Rain’s own conflicted heart.

It’s a battle between kingpin and newcomer, master and apprentice, a zero-sum contest that can only end with one man dead and the other the world’s foremost assassin.

“Over the course of nine novels, Barry Eisler has quietly built one of the most criminally underrated franchises in the thriller genre today. John Rain is a fantastic character…”
—The Real Book Spy
“There are few authors out there today who can get my pulse racing like Barry Eisler, especially when it’s one of his John Rain thrillers. These books are the perfect balance of excellent character development, crackling action, and heart-in-your-throat tension…”
—It’s Either Sadness or Euphoria blog
“There are elements that make me think of Lee Child and Harlan Coben. Doesn’t get much better than that!”
—The Book Sage