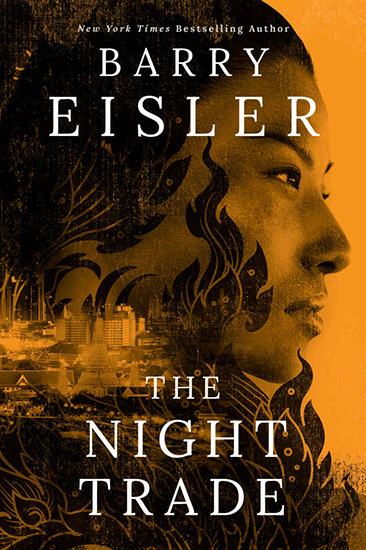 Livia Lone is back.

For sex-crimes detective Livia Lone, a position with a government anti-trafficking task force is a chance to return to Thailand to ferret out Rithisak Sorm, the kingpin behind her own childhood ordeal.

But after a planned takedown in a nightclub goes violently awry, Livia discovers that she’s not the only one hunting Sorm. Former marine sniper Dox has a score to settle, too, and working together is the only way to take Sorm out.

Livia and Dox couldn’t be less alike. But they share a single-minded creed: the law has to serve justice. And if it doesn’t, justice has to be served another way.

What they don’t know is that in threatening Sorm, they’re also threatening a far-reaching conspiracy—one involving the highest levels of America’s own intelligence apparatus. It turns out that killing Sorm just might be the easy part. The real challenge will be payback from his protectors.

“The Night Trade proves to be just as rich and compulsively readable as Lone’s debut…Livia Lone is a tough, no-holds-barred, tragically flawed heroine and a remarkable vigilante…”
—Michael Patrick Hicks
“Livia Lone is a deeply flawed, bad-ass character…action packed and keeps you turning the pages…”
—Where the Reader Grows
“In this follow-up to his electrifying series launch, Barry Eisler again pulls double duty as author and narrator…Eisler also writes propulsive action sequences, which he narrates with intensity and clarity…”
—Audiofile Magazine