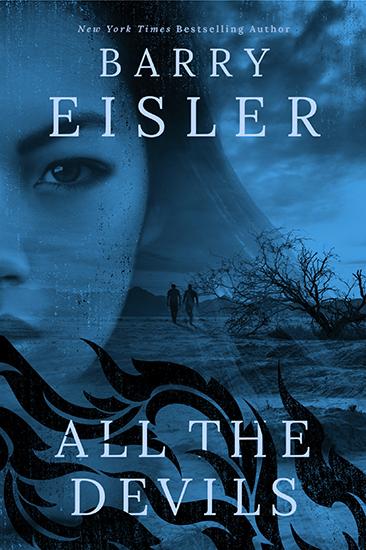 A search for a pair of serial rapists leads Livia Lone down the darkest and most dangerous trail of her life in a pulse-pounding thriller by New York Times bestselling author Barry Eisler.

Ten years ago, the daughter of Homeland Security Investigations agent B. D. Little vanished into thin air. So did seven other girls—the crimes all bearing the same signature characteristics.

Now the disappearances have begun again. And Agent Little’s efforts to investigate are being blocked by forces far above his pay grade. Desperate, he turns to Seattle sex-crimes detective Livia Lone, the most obsessive hunter of predators Little knows.

Livia will need that obsessiveness, and a lot more. Because the two men Little is pursuing are fearsome. Both Special Forces veterans with a dozen tours in Iraq between them. Both sadists and serial rapists. And one, the congressman scion of the vice president of the United States—a man who will use all his power to protect his son’s secrets and further his own ambitions.

The conspirators have all the assets and all the angles. And every reason to believe they’ll evade justice, as they always have before.

They don’t understand that for Livia Lone, justice is only a guideline. Revenge is the rule.

“Livia Lone is an absolutely first-rate thriller… emotionally true at each beat…”
—New York Times Book Review
“An explosive thriller that plunges into the sewer of human smuggling…Filled with raw power, Livia Lone may be the darkest thriller of the year.”
—Kirkus, Starred Review