In addition to the sources listed in the preceding section, Inside Out draws on a number of excellent books, all of which I would recommend to anyone interested in further exploring the facts behind my fiction.

Administration of Torture: A Documentary Record from Washington to Abu Ghraib and Beyond, by Jameel Jaffer and Amrit Singh

Chain of Command: The Road from 9/11 to Abu Ghraib, by Seymour Hersh

The Dark Side: The Inside Story of How the War on Terror Turned into a War on American Ideals, by Jane Mayer

Getting Away with Torture: Secret Government, War Crimes, and the Rule of Law, by Christopher H. Pyle

Ghost Plane: The True Story of The CIA Rendition and Torture Program, by Stephen Grey

How to Break a Terrorist: The U.S. Interrogators Who Used Brains, Not Brutality, to Take Down the Deadliest Man in Iraq, by Matthew Alexander

The One Percent Doctrine: Deep Inside America’s Pursuit of Its Enemies Since 9/11, by Ron Suskind

A Question of Torture: CIA Interrogation, from the Cold War to the War on Terror, by Alfred W. McCoy

Torture and Democracy, by Darius Rejali

The Torture Memos: Rationalizing the Unthinkable, by David Cole

The Torture Papers: The Road to Abu Ghraib, by Karen J. Greenberg

Torture Team: Rumsfeld’s Memo and the Betrayal of American Values, by Philippe Sands

Torture and Truth: America, Abu Ghraib, and the War on Terror, by Mark Danner

Truth, Torture, and the American Way: The History and Consequences of U.S. Involvement in Torture, by Jennifer K. Harbury

Your Government Failed You: Breaking the Cycle of National Security Disasters, by Richard A. Clarke

Guantánamo and the Abuse of Presidential Power, by Joseph Marguilies

The Guantánamo Files: The Stories of the 774 Detainees in America’s Illegal Prison, by Andy Worthington

Guantánamo: What the World Should Know, by Michael Ratner and Ellen Ray

The Guantánamo Lawyers: Inside a Prison Outside the Law, by Mark Denbeaux and Jonathan Hafetz.

Bush’s Law: The Remaking of American Justice, by Eric Lichtblau

Justice at War: The Men and Ideas that Shaped America’s War on Terror, by David Cole

The Limits of Power: The End of American Exceptionalism, by Andrew Bacevich.

Nation of Secrets: The Threat to Democracy and the American Way of Life, by Ted Gup

The Shadow Factory: The Ultra-Secret NSA from 9/11 to the Eavesdropping of America, by James Bramford

Standing Up to the Madness: Ordinary Heroes in Extraordinary Times, by Amy Goodman and David Goodman

Takeover: The Return of the Imperial Presidency, by Charlie Savage

The Terror Presidency: Law and Judgment Inside the Bush Administration, by Jack Goldsmith

The True Believer: Thoughts on the Nature of Mass Movements, by Eric Hoffer

Amusing Ourselves to Death: Public Discourse in the Age of Show Business, by Neil Postman

The Great Derangement: A Terrifying True Story of War, Politics, and Religion, by Matt Taibbi

Hostile Takeover: How Big Money and Corruption Conquered Our Government–And How We Take It Back, by David Sirota

Manufacturing Consent: The Political Economy of the Mass Media, by Noam Chomsky and Edward S. Herman

A Tragic Legacy: How a Good vs. Evil Mentality Destroyed the Bush Presidency, by Glenn Greenwald 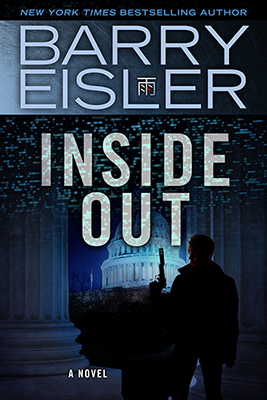