A Best Book of 2009 from Salon:
“My pick for 2009 is Barry Eisler’s Fault Line. Eisler has reinvented the spy thriller for the 21st century. His fast-paced plots and action sequences are not slowed down by his careful exploration of moral ambiguity and the space he gives his characters to develop. His Iranian female lead is smart, frighteningly competent and creamily gorgeous. His tough-guy protagonist, Ben Treven, can take down Russian mafiosi in a nanosecond but can’t escape the legacy of family tragedy. Treven lives the contradictions of our time—the fight against terrorism and the outrage against torture, the need for ruthlessness and the perdurance of American values, the patriotic commitment and disillusionment at the betrayals of our leaders. Eisler’s ability to write both as an intelligence insider and a perceptive social critic allows him to create a gripping and believable universe in which you would just remain if only the book wouldn’t end.”
—Juan Cole, author of Engaging the Muslim World (on Salon.com)

“Death by hit men isn’t what Silicon Valley attorney Alex Treven had in mind when he agreed to sponsor a young inventor’s piece of network-security software. But when the inventor and the patent office handler die in quick succession, Alex has enough survival sense to call his estranged big brother, Ben, a special-ops agent. Ben reluctantly comes to Alex’s aid and finds himself entangled in something more sinister than a lucrative new invention would suggest. Beautiful, tech-savvy law associate Sarah Hosseini inadvertently gets caught up in the deadly situation and adds a touch of romance to this cyberthriller. The brothers have suffered greatly since tragedy destroyed their suburban family when they were teens; now they must overcome long-simmering resentments and band together, using their talents to outwit their unknown hunters. Intricate plotting and tech details make this thriller zip by. Eisler, who has training in covert operations and is well known for his John Rain series (e.g., The Killer Ascendant), presents a winning first stand-alone work. Recommended for all popular collections.”
—Library Journal, Starred Review

“Eisler fans looking for the return of John Rain won’t find him here, but they won’t be disappointed. Silicon Valley patent lawyer Alex Treven is counting on a big payday when he closes a potential multimilliondollar deal with the inventor of an encryption program, but his prospects change quickly when the inventor is murdered and Alex is attacked in his home. To uncover the truth of the murder and survive himself, Alex will need to call in the services of a man he never wanted to see again: his estranged brother, Ben, who works for a secret anti-terrorist military organization but agrees to fly from Istanbul to San Francisco to help—and immediately becomes a target. Also involved is another lawyer, an Iranian American woman who also knows about the encryption program and may or not be trustworthy. Rich characterizations and family dynamics blend seamlessly with gripping action scenes. Eisler has himself another winner.”
—Jeff Ayers, Booklist

“The first blogosphere thriller… Eisler’s novel, which turns entirely on a super-secret assassinations program, is looking less like fiction and more like the work of someone who has a firm grip on what’s really happening.”
—Scott Horton, Harper’s Magazine 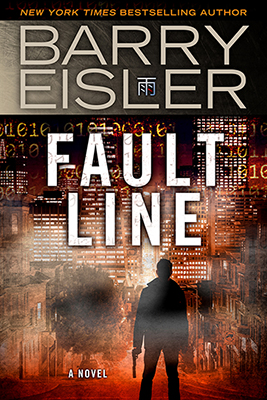