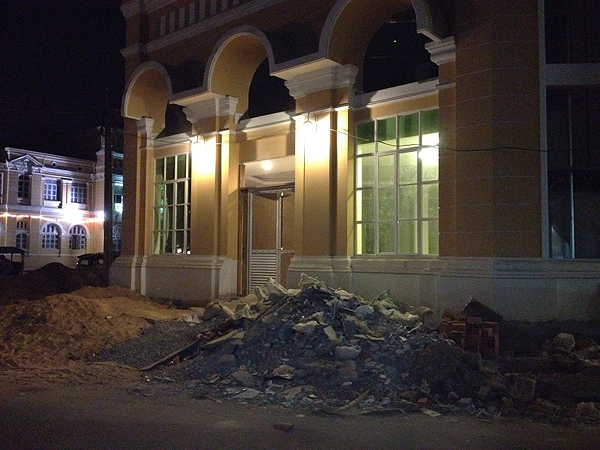 “He liked Cambodia. He'd never been anywhere in Southeast Asia that didn't agree with him, and it was no coincidence he made his home in Bali. Phnom Penh was seedy and hot and shit-poor, with colonial buildings stoically crumbling in the tropical humidity, and sidewalks so dilapidated they looked like they'd been bombed. There were pockets of construction—hotels and office complexes and such—but these only seemed to emphasize the parlous state of everything else. Families economized by riding three and sometimes four at a time on legions of motor scooters, there were beggars everywhere, and food was apparently dear enough that an overweight Khmer was nowhere to be seen. But despite all this, the place thrummed with optimism and hope. The Cambodians had been sodomized for centuries—the Vietnamese, the French, and most of all, the homegrown Khmer Rouge—but no matter how life beat them down, they kept getting back up. They hustled at work, strolled with their children along the river quay, and never stopped smiling. He'd read somewhere how a wild thing never felt sorry for itself, no matter how bad its circumstances, and that seemed to describe Cambodia, too. Certainly it described Chantrea.”