— One of the NSA’s least known and most potent surveillance tools: EO 12333

— The false and propagandistic notion of an American “oath” of secrecy

— Not so many burning Humvees in Desert Storm, true, but see Day 15 and Day 41

— How an undersea oil eruption became a “leak”

— “They are using the exact same deny, degrade, distract, disrupt, destroy playbook against [Snowden] that his own revelations show are being used against every other activist.”

— Facial recognition technology is everywhere, even in churches

— Who is this Marcy Wheeler?!

Those damn subversives the director is so upset about:

— A lost dog identified three thousand miles from home via a microchip implant. Coming soon to babies everywhere, no doubt

— Amazingly, about a day after I wrote the scene where the director ruminates about using a kidnapping to persuade Americans to have microchips implanted in their children, this was published (and quickly debunked)

— Another place the government used the all-seeing eye of providence was as part of the design for the Total Information Awareness program. The Latin means “knowledge is power”

— The brilliant cartoonist Tom Tomorrow summed up Total Information Awareness perfectly . . . all the way back in 2002

— Detaining someone assisting in journalism under the pretext of antiterrorism

Hacking a car and turning it into a drone:

— Airplanes are vulnerable to cyberhacking, too

— Hertz puts cameras inside some of its rental cars

— How Western media is manipulated by ISIS into spreading jihadist propaganda

— See how excited Brian Williams gets when the government permits him a peek inside the (gasp) Situation Room!

— If you think Brian’s interview of the director was deferential to the point of parody, you probably haven’t seen Wolf Blitzer’s version, with FBI director James Comey:

— Leaving your cell phone at home when you go out? Using encryption? The NSA might think you’re a terrorist

— NSA spied on US senators

— “We Kill People Based on Metadata”

— Secret FISA “court” is nothing but an administrative rubber stamp

— NSA intercepts shipments of Internet-ordered computers; infects them with malware

— “A Few Thoughts on Cryptographic Engineering”

— The menace of “insider threats”

— Over 700,000,000 people changing their online behavior to evade NSA surveillance

— US Postal Service logs all mail for law enforcement

— Over 1.5 million people with top secret clearances (more than the population of Norway)

— If you think Barbara Stirr’s exchange with the director was deferential to the point of parody, you probably haven’t seen Wolf Blitzer’s version, with FBI director James Comey

— “US Military Drone Network in the Middle East and Africa”

— US automatically counts all military-age males killed as terrorists

— On the CIA choosing its own pet reporters, by two great journalists for whom I’ve named characters in other books—Dan Froomkin and Scott Horton

— The New York Times helpfully publishes the government’s side of the story: Sure, American hostages were killed, but counterterrorism officials and analysts say the drone program overall is effective . . .

— The FBI’s tendency to create, then take credit for dismantling, terror plots that could never have existed without the FBI’s assistance

— New eavesdropping equipment sucks all the data off your cell phone

— “A Decade After 9/11, Police Departments Are Increasingly Militarized”

— FBI behind mysterious surveillance aircraft over US cities

— This ACLU domestic drone “nightmare scenario” from 2012 doesn’t sound so far-fetched now, does it?

— More on the NSA spying on journalists

— FBI’s instructions to police: “Do not advise this individual that they [sic] may be on a terrorist watchlist”

— White House: “It is with tremendous sorrow that we recently concluded that a US Government counterterrorism operation in January killed two innocent hostages held by al-Qaeda”

— One day after the news that US drones killed American hostages, the PR counteroffensive kicks into gear: “Counterterrorism officials and analysts say . . .”

— “5 NSA Whistleblowers Who Came Before Snowden”

— More on what happened to every NSA whistleblower who tried to work through the system can be found in chapter 9 of James Risen’s excellent book, Pay Any Price: Greed, Power, and Endless War (New York: Houghton Mifflin Harcourt, 2014)

— And Diane Roark and Thomas Tamm, who also tried to go through the system

— Using license plate trackers to monitor gun shows . . . and what else?

— How the FBI caught Petraeus: cross-referencing metadata, all without a warrant

— How a surveillance system ostensibly targeted at terrorists in fact sucks in massive amounts of unrelated people and data: Canada’s download dragnet

— How to leak securely using SecureDrop

— CIA director’s attempt to conceal emails by saving them as drafts, not sending

— If you’re using encryption, the NSA is watching extra closely

— Thinking about searching for privacy-enhancing tools? The NSA is watching for that

— “Surveillance Forces Journalists to Think and Act Like Spies”

— This is by design: “When journalists must compete with spies and surveillance, even if they win, society loses.”

— Turning a phone into a listening device via WARRIOR PRIDE and NOSEY SMURF (yes, they really have names like that—your tax dollars at work)

— Entertainment systems listening in on your living room conversations

— I wish I were inventing the phrase “civil liberties extremist,” as clear a sign of our authoritarian times as any. Alas, I’m not. Pity Barry Goldwater

— “When you collect it all, when you monitor everyone, you understand nothing.”

— “We are drowning in information. And yet we know nothing.”

— For more on the real-world events depicted in the prologue and in the novel generally, I recommend Glenn Greenwald’s No Place to Hide: Edward Snowden, the NSA, and the U.S. Surveillance State (New York: Metropolitan Books, 2014)

— A brief history of the US surveillance state

For an overview of the ever-metastasizing international surveillance state, I recommend two great books:

— Julia Angwin’s Dragnet Nation: A Quest for Privacy, Security, and Freedom In a World of Relentless Surveillance (Times Books, 2014)

— Bruce Schneier’s Data and Goliath: The Hidden Battles to Collect Your Data and Control Your World (W. W. Norton & Company, 2015)

— If you’d like some historical context for Edward Snowden’s actions and what the government has been trying to do to him, Judith Ehrlich’s and Rick Goldsmith’s Academy Award-nominated The Most Dangerous Man in America: Daniel Ellsberg and the Pentagon Papers is as illuminating as it is riveting 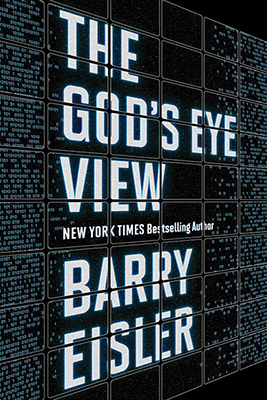